Continuation of the Sewage system construction 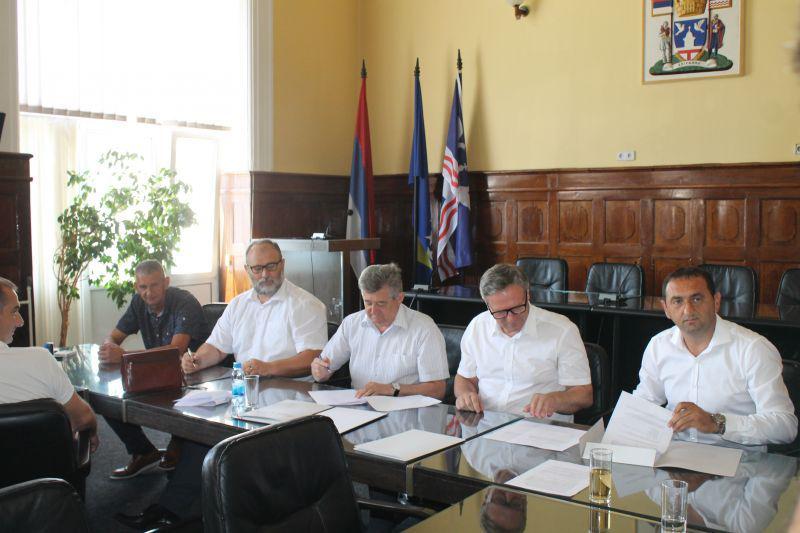 On 10 July, the Mayor Mićo Mićić signed contracts to continue building a system for collecting and purifying wastewater in Bijeljina with contractors –„ Buk promet“ and „Higra“.At this stage, the construction of two more collectors is envisaged, for which about 8 million BAM will be allocated, of which 6,5 million BAM is donated by the Dutch government through the „ORIO“ program, and more than one million euros will be allocated from the city budget. The project has an international status, therefore the VAT is excluded. The constructions are expected to start in ten days, the deadline for the project completion is planned to be 18 months.The sewage system will be built in two locations of the city, with a total of  40,250 meters of fecal and 10,300 rain collectors, and more than 2,900 users will be connected to the sewage system.- We expect that we will continue to work fairly with these companies. There is a complex challenging task ahead of us, but I think that we will be able to successfully complete this extremely important project, which will improve the quality of life of our citizens - expressed his expectation Mayor Mićić.During construction works, the traffic will be redirected to alternative directions, and within this project, a new roundabout will be built at the intersection at "Bled".- Thanks to this roundabout, as well as the one that will soon be built at the railway station, the traffic flow and the safety will be accelerated at two intersections that are very frequent - announced Mayor Mićić.Director of the company "Vodovod  i kanalizacija" Predrag Perković pointed out that the continuation of the construction of a system for collecting and purifying wastewaters is very significant for Bijeljina.- The wastewater treatment plant in Velika Obarska will be placed in a one-stop function. The realization of this project will give new revenues to our company, among which we will, among other things, provide funds for the repayment of loans to the European Bank for Reconstruction and Development - said Perković, adding that the credit obligations of this company will end in 2024, and that the price of water in Bijeljina will start to decrease from the year 2018.