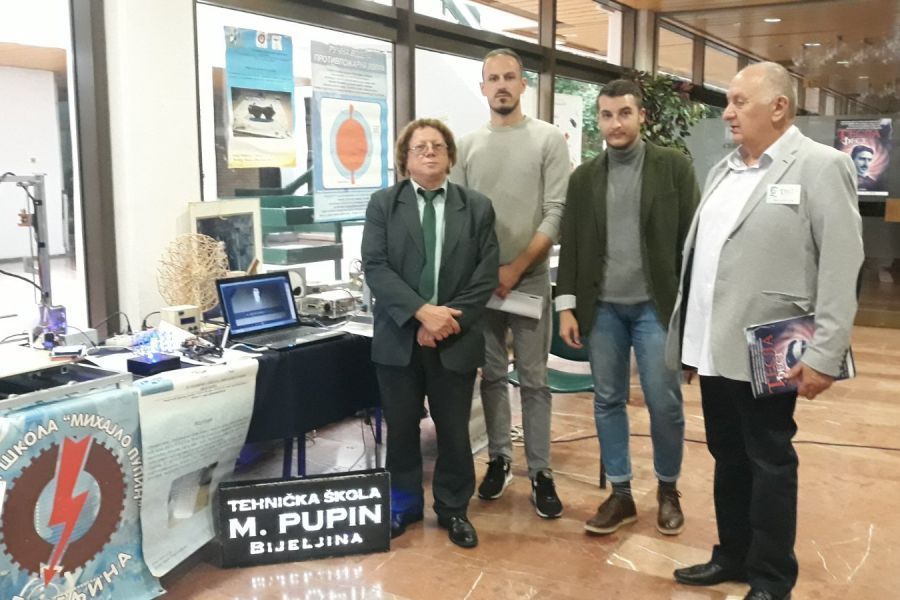 At the recently organised 34th International Festival of Innovation, Knowledge and Creativity ‘Tesla Fest’ in Novi Sad, the members of the Association of innovators of Bijeljina region won four gold medals, while three teachers of Secondary Technical School ‘Mihajlo Pupin’ received diplomas for outstanding contribution to the organisation of the mentioned festival.

Student of the first year of Technical School, Marko Jovanović, had three presentations – 3D printer, CNC operation centre and LED cube, and won gold medal for each of them.
​
Spasoje Simikić from Brčko, a member of the Association of innovators of Bijeljina region, earned the gold medal for inventing a hand fire extinguishing water ball which extinguishes fire without physical damage to objects.

Diplomas for the contribution to the organisation of ‘Tesla Festival’ were awarded to teachers Živa Makrin, Mladen Stanišić and Milan Kapetina. Makrin, who is also a mentor of the young innovators, pointed out that participants from Bijeljina have been winning significant awards at the ‘Tesla Fest’ for ten years.

- I would like to remind you that we won the Grand Prix of ‘Tesla Fest’ in 2015, and we returned from Novi Sad with gold medals every time – said Makrin. More than one hundred innovations were presented at this year’s ‘Tesla Fest’ by inventors, entrepreneurs, and students from Serbia, Switzerland, China and Republic of Srpska.