Project “Kindergarten is my right, too” successfully completed 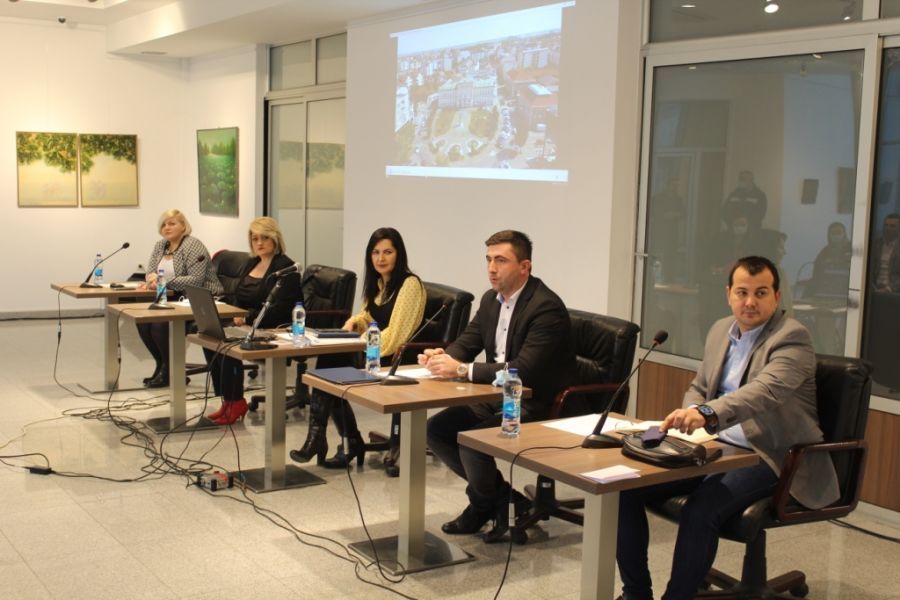 A final conference for the project “Kindergarten is my right, too” was held today at the gallery of the Cultural Centre Semberija. The project provided for seventy children from the families of poor financial status to go to the Kindergarten “Čika Jova Zmaj” during the past three months free of charge.
Bijeljina Mayor Ljubiša Petrović explained that there were twenty Roma children, thirty children from socially endangered families, and twenty children from the waiting list for the enrolment to the Kindergarten.
- This is a crown of an important project, and the City Administration would like to thank to all of the participants. In this way we advocate for the children's rights, we increase the number of children included in the pre-school education, maintain the family, but also think about the future of our Bijeljina and Republika Srpska. We will try to provide funds in the budget on annual level which will enable this project to be continued – said Petrović.
Head of Section for Local Economic Development and European Integration of the City, Ankica Todorović, pointed out that Association “Porodični krug” (Family circle) and Citizens’ association for the promotion of education of Roma “Otaharin” had the key roles in the professional part of the project.

- The City of Bijeljina would like to include at least 50 percent of the children in the pre-school education until 2030 – said Todorović.
Director of Kindergarten “Čika Jova Zmaj”, Slaviša Vujanović, said that the funds for equipping the kitchen at the new kindergarten in local community Ledinci were also acquired through this project.
- We now have a quality didactic material which will help us a lot in our further work. We will continue to try to provide free stay in the kindergarten for the children whose parents are unable to pay for it – added Vujanović.
According to pedagogue Danica Mojić of the Association “Porodični krug” (Family circle), the program for working with children was based on the four development factors – physical and motor, socio-emotional, intellectual, and development of speech, communication and creativity.
Program director of Association “Otaharin”, Bojana Jovanović, said that this kind of inclusion into the social community was especially important for the Roma children.
- They acquire special skills, learn the language of majority, socialise with their peers, and this makes their inclusion to primary education a lot easier. Through this project, we identified 32 Roma children aged three to six, but not all of them were able to participate in the project – Jovanović pointed out.
Project “Kindergarten is my right, too” was supported by funds of the Financial mechanism for supporting integrated and sustainable local development projects in Republika Srpska, which was established through the cooperation of the Ministry of Finance of Republika Srpska, Ministry of Administration and Local Self-Government of Republika Srpska, Investment-Development Bank of Republika Srpska, Swiss Government, and United Nations Development Program (UNDP) in BaH.