Preparation of farmers for EU funds 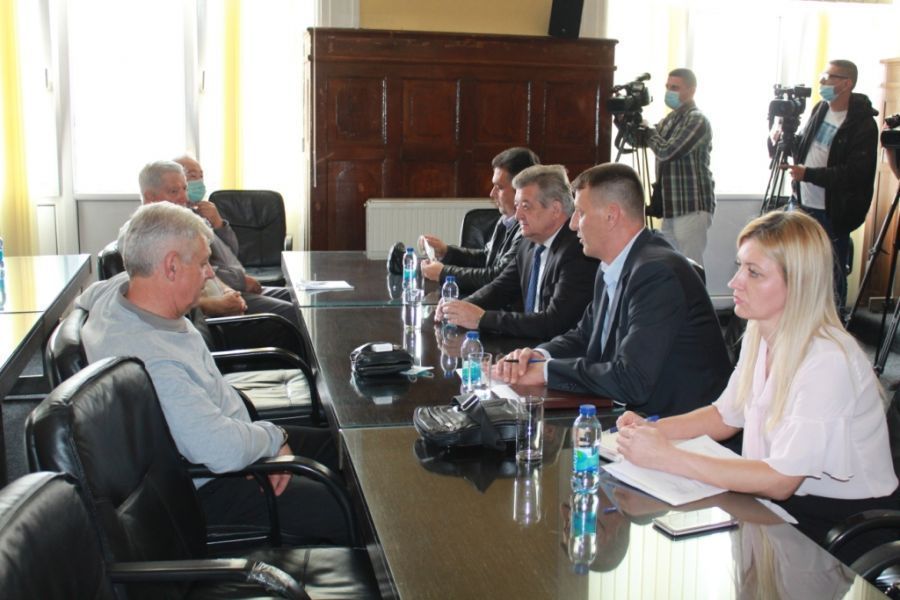 Challenges faced by the farmers of Semberija, how to provide them with support, and how to prepare them to apply for European Union funds, were some of the topics of today’s meeting attended by the representatives of the Department of Agriculture and the Agrarian Fund of the City, and the representatives of the Association of Farmers from the territory of the City of Bijeljina.
The Mayor Mićo Mićić also attended the meeting. He rated the meeting as a good idea of the relevant Department, because the farmers are always faced with problems in their work.
- When we have a good year, problem is marketing and low price, which is the case this year. And when the weather is bad, the yield is low. Due to the epidemic caused by corona virus, marketing of agricultural products, especially fattened livestock, is very difficult. That is why the City Administration, together with the Ministry of Foreign Trade and Economic Relations of BiH, seeks the ways to export meat to Turkey and other countries. Today, we will talk to the representatives of the Association of Farmers about these and many other issues, because they are the link between the City Administration, Agrarian Fund and farmers – said Mićić.
Stevan Trivković, the Head of the Department of Agriculture, pointed out that, despite the bad year, the local government will try to do as much as possible to aid the farmers and make the situation easier for them.
- The Department of Agriculture will form a register of all associations dealing with agriculture in order to be ready to apply for EU funds next year. As for the budget for agriculture, incentives are paid on a regular basis. Budget rebalance foresees an increase from BAM 1.1 million to BAM 1.6 million for these purposes – reminded Trivković.
He confirmed that the relevant ministry approved an additional quota of 200 fattened livestock for Semberija beside the 1000 livestock bought from the breeders by “ZP komerc”.
Savo Bakajlić, the President of Regional Association of Farmers of Semberija and Majevica, rated the meeting as an important shift in cooperation of the City Administration and farmers.
- We expect the agriculture in Semberija to get the place it deserves. As for the emergency buy up of fattened livestock, it is a temporary measure, and the ground for healthy livestock breeding is a clear policy of protecting the domestic production – concluded Bakajlić.
Vice President of the Association of Vegetable Growers of Republic of Srpska, Rade Jovičević, pointed out that the sowing in Semberija was done in time, but this year those who deal with contracted production did better on the market compared to the farmers who sell their products in the market places.
- Not even a tenth of produced quantity of peppers and cabbage was sold, while the producers of watermelons did a bit better. As for the aid by the City Administration, the vegetable growers expect a larger budget intended for this branch of agriculture – Jovičević expressed his expectations.