Saint Panteleimon Day or 'Pantelino' is celebrated traditionally in Bijeljina on 9 August. Panteleimon's festivities are are held each year and last for several days. They are full of cultural, artistic and sport events. The highlights of the festivities are liturgy at the St. George’s Church, religious procession (Serbian: litija) through city streets to the building of the Bijeljina City Administration, and breaking of the 'slava' bread.

The City Day is celebrated on 24 September to commemorate the day of liberation of Bijeljina from the fascist occupiers in the Second World War. Every year, on the City Day, deserving citizens and institutions are awarded city recognitions.

Saint Panteleimon (Greek: Παντελεήμων – full of compassion, compassionate) was born in the third century in Nicomedia. His mother was Christian and his father was a pagan.
He studied medicine as a young man, and priest Hermolaus taught him about Christianity, and baptised him. Panteleimon miraculously healed a blind man calling on the name of Christ, and baptised the man. Other doctors, who unsuccessfully treated the old man, accused Panteleimon of being a Christian out of envy and brought his case before the Emperor Maximian. He confessed to being a Christian before the Emperor and healed a man who was sick for a long time before the very eyes of the Emperor. This miracle brought many pagans to Christianity. The Emperor gave St. Panteleimon over to fierce torture, but the Lord appeared to him and rescued him unharmed. Sentenced to death, Panteleimon kneeled to pray. Executioner hit him on the neck with a sword, but the sword broke as if it was made of wax. Executioner could not execute him before the Saint completed his prayer and then the Saint instructed him to complete the execution. Saint Panteleimon died on 9 August (27 July according to the Julian calendar) 304.
The olive tree, where Saint Panteleimon died, became covered with fruit, and his relics became healing. 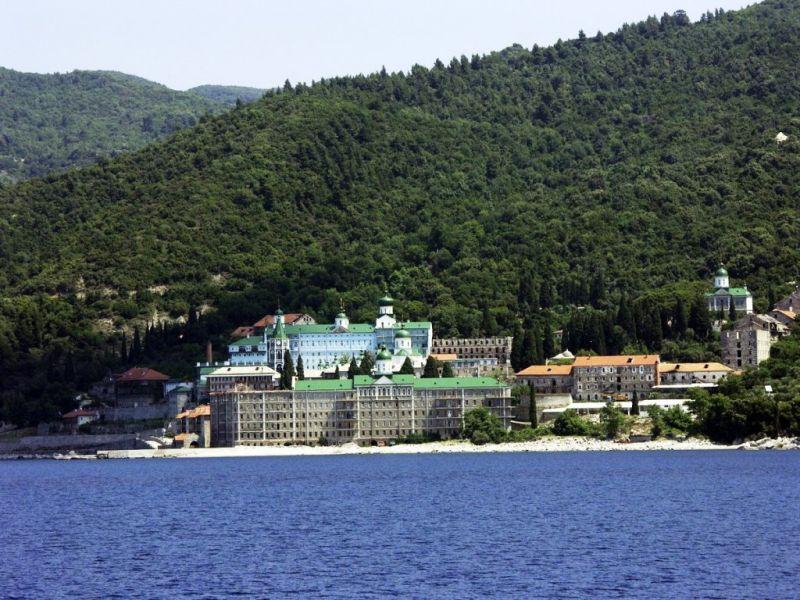 Saint Panteleimon is summoned in the prayers during water and food sanctification, together with Saint Hermolaus and other medicine men and miracle workers. The most beautiful temple and monastery dedicated to this Saint is a Russian Monastery of Saint Panteleimon (Russikon) on Mount Athos (Holy Mountain).