To provide stronger support to the Safe House 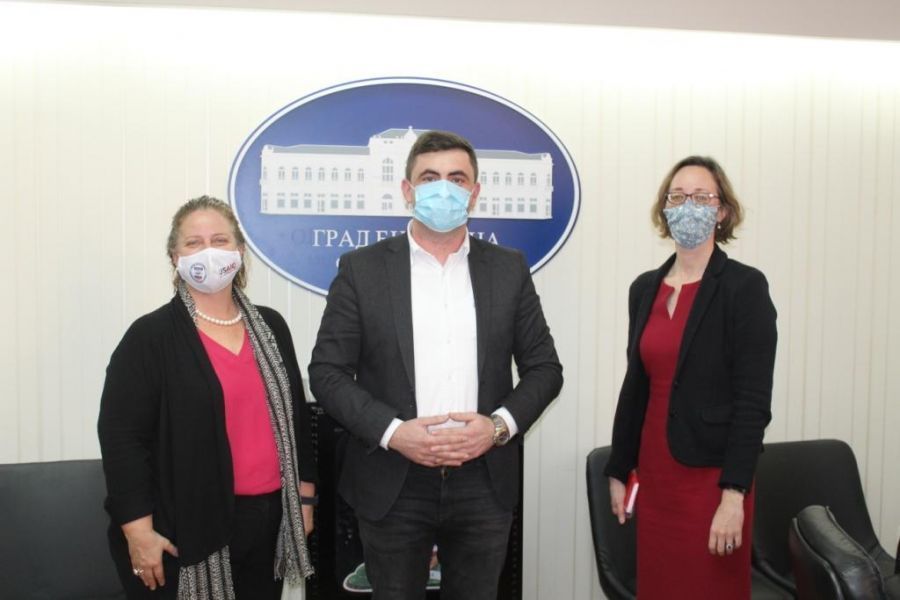 ​Bijeljina Mayor, Ljubiša Petrović, talked to the Deputy Head of UK Embassy in BaH, Ruth Wiseman, and Director of the United States Agency for International Development, Nancy Eslick, about the importance of improving the institutional and financial support to the Safe House, which operates within the Foundation Lara.

He pointed out that the City Administration understands the importance of psychosocial, legal, and other types of support to the victims of gender-based violence and that he would try to include the funding of the Safe House in Bijeljina in the City budget for the next year.

- The City Administration, through the Social Welfare Centre, provides thirty percent of funds for the operation of the Safe House, but we will try to improve this cooperation - said Petrović.

Wiseman commended the continuous funding of the Safe House from the budget of the City of Bijeljina and added that it was important to secure its sustainability.

- Unfortunately, gender-based violence is an everyday topic and we are glad to receive assurances from the mayor and his associates that the cooperation with Foundation Lara will be strengthened - said Wiseman.

Nancy Eslick pointed out that it was important to secure funds not only for the accommodation of persons who have suffered abuse, but also for other sorts of aids which would facilitate their social reintegration.

She added that she had visited Bijeljina and its business-industrial zones before, and concluded that it was a great economic potential.

- USAID will allocate 19 million euro for local development activities in BaH this year, and it is an opportunity for the City of Bijeljina to obtain certain funds through the cooperation with our Agency - said Eslick.