The New cemetary in function from September 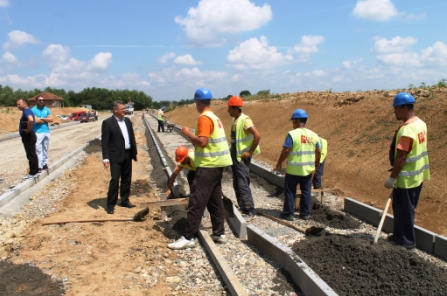 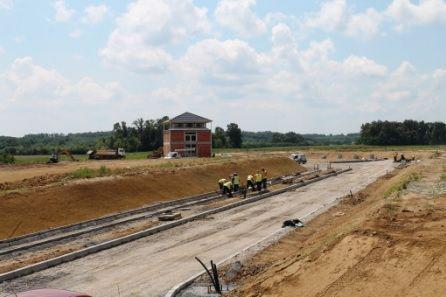 The New cemetery in Bijeljina should be in function by the beginning of September while the first funerals will be able to be performed by the middle of this month, expressed his expectation Bijeljina Mayor Mićo Mićić during a tour of the new cemetery site:- We had problems due to flooding, the high cost of the project, decrased budget revenues, but the construction of the new cemetery can not be delayed because the current cemetery in Pučile village running out with burial places.The New cemetery has been designed by the highest standards and is intended for the people of any nation or religious community. Mayor Mićić said that the area of the cementary is greater than fifty acres and it would be used for burials in the next fifty years. The value of the land and so far designed works at the cemetery and its surroundings is more than three milion covertible marks. Curretlly under construction is road from the Bijeljina-Ugljevik magistral road to the Cementary, pedestrian and bicycle paths, internal roads and Ceremonial Square.In subsequent phases, it has been envisaged the construction of the crematorium, mortuaries and chapels for all religious communities, so, the total value of the project will probably be over five million BAM.