IMPROVING THE WORK OF THE OFFICE FOR NATIONAL MINORITIES 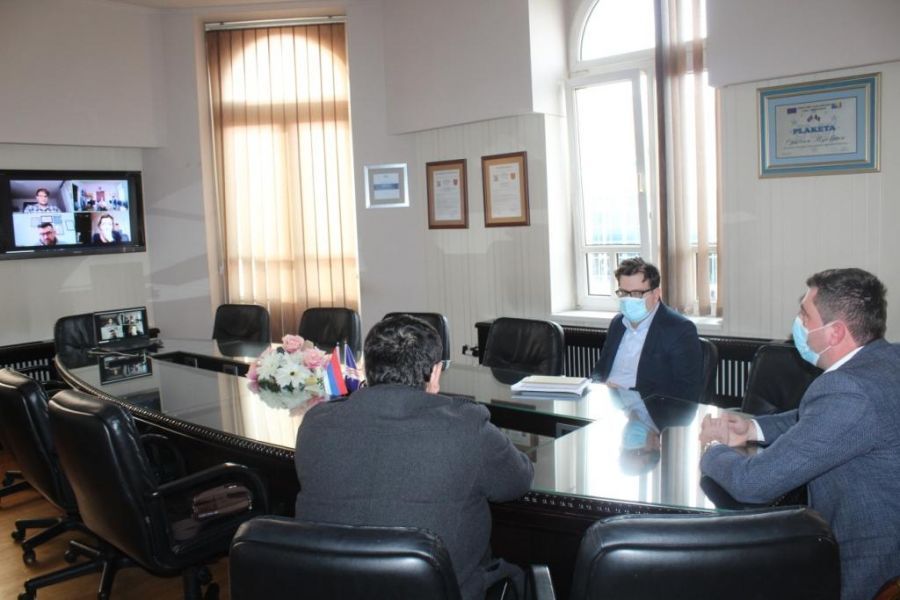 Bijeljina Mayor, Ljubiša Petrović, with associates, took part in a video conference with the representatives of the Federal Union of European Nationalities (FUEN). The topic was a new project in Western Balkans initiated by FUEN with German Agency for International Cooperation (GIZ) in cooperation with the City of Bijeljina and Citizens' Association Otaharin.

The goal of the new project is to strengthen the mechanisms and to improve the established structures related to the work of the Office for National Minorities in the City of Bijeljina.

Existing mechanisms were analysed at the meeting using the work of the Office for National Minorities in Bijeljina as an example, as well as good practice, and possibilities to transfer knowledge to other Western Balkans countries.

In the previous period, the City of Bijeljina, with the mentioned partners, successfully implemented a project related to the establishment of platforms for social dialogue in Tetovo, North Macedonia, and to the opening of the Office for National Minorities in Bijeljina, the first of its kind in BaH.

Bijeljina Mayor, Ljubiša Petrović, expressed his full support to the implementation of this project and his satisfaction for the continued cooperation in this area.