Great support by Switzerland for the implementation of important projects 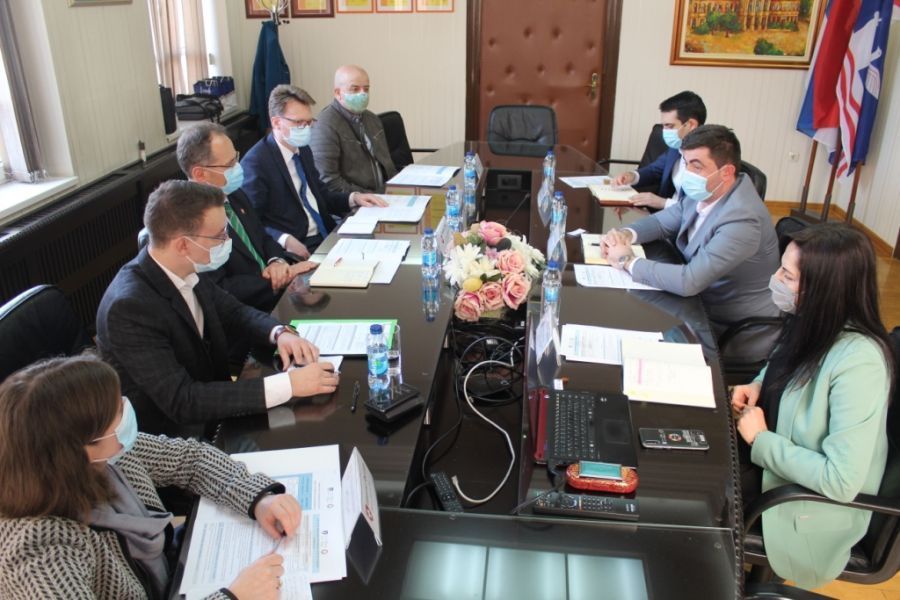 Ambassador of Switzerland to BaH, Daniel Hunn, visited the Administration of the City of Bijeljina with his associates today, where he talked to Mayor Ljubiša Petrović about the projects implemented by the City with the support of the Embassy of Switzerland and Swiss Agency for Development so far, as well as accomplishments of the City of Bijeljina related to sustainable development through the localisation of Agenda 2030.
Mayor Petrović pointed out that Bijeljina has become the first local community in Republika Srpska and Bosnia and Herzegovina to harmonise all of its important strategic documents to Agenda 2030, or its sustainable development goals.
- Today’s meeting is a confirmation of a long-term cooperation of the City of Bijeljina and our guests, and in the last five years we have implemented projects with a value of 1.4 million convertible marks, out of which BAM 970,000 was donated by the Swiss Government and Swiss Agency for Development, and the rest was funded by the City Administration – said Petrović.

Ambassador Daniel Hunn commended the City of Bijeljina, which, as he said, advocates for the projects contributing to the improvement of life of citizens, socially, inclusively, and infrastucturally.
After the meeting at the City Administration, a visit to Social Centre in local community “Vuk Karadžić” was organised. The Centre was renovated through the project “Strengthening the role of local communities in BaH”, which is implemented with the support of the Embassy of Switzerland in BaH. A meeting with the representatives of local communities “Vuk Karadžić” and Suvo Polje was also organised.
Benefits of establishment of the Social Centre were pointed out on this occasion, its impact on improvement of social life, and the representatives of Association “Siguran korak” (Safe step) and Association of women with disabilities “Impuls” (Impulse) expressed their views of the previous cooperation.
Bijeljina Mayor and Ambassador Hunn also visited the Association of Municipalities and Cities of Republika Srpska, where work and role of the Association was presented, and there were talks about support and cooperation within the Project for strengthening the Association of Municipalities and Cities in BaH.